The slat-array concentrator (SAC) is an arc-shaped lightweight structure which collects incident sunlight from a large area and concentrates all that light onto a narrow strip (focal line) below. SAC is formed by an array of slat-like reflectors (hence its name) which is is a move toward replacing a continuous surface of the parabolic trough mirror with an array of much less expensive reflective slats.

The slat-array has a quite unique optical configuration although some analogy can be drawn with the optical design known as the linear Fresnel reflector (LFR). However, the principal difference between SAC and LFR is that the slat reflectors of SAC are inclined at more oblique angles to the normal of the concentrator’s aperture. This results in the convergent beam of sunlight passing through the concentrator structure into the spaces between the adjacent reflectors. Thus, SAC is a forward-reflecting optical system with the focus on the rear whereas LFR is a retro-reflecting system with the focus formed above the collector.

The spacing between slat reflectors provides ample air circulation that greatly reduces the wind drag and improves system resistance to elements. At some angles of observation, large portions of SAC or even the entire structure can be viewed through which produces an appearance similar to the Venetian blinds. The open-frame design and arched shape of SAC also increase the resistance to various mechanical loads and ensure the concentrated beam stability during sun tracking. Compared to the traditional trough mirrors, the SAC structure is extremely lightweight (by as much as 50-60%) and requres much less raw materials to build. 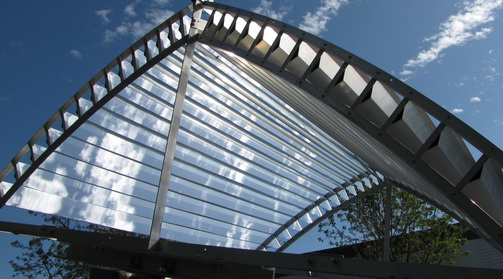 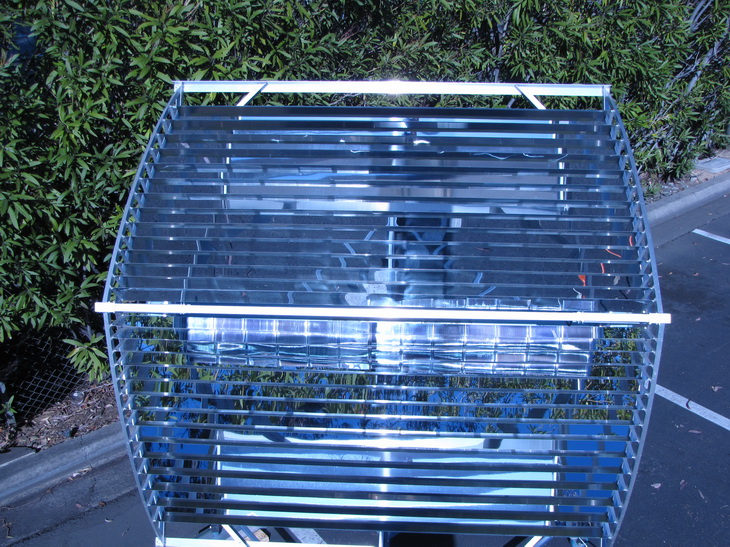 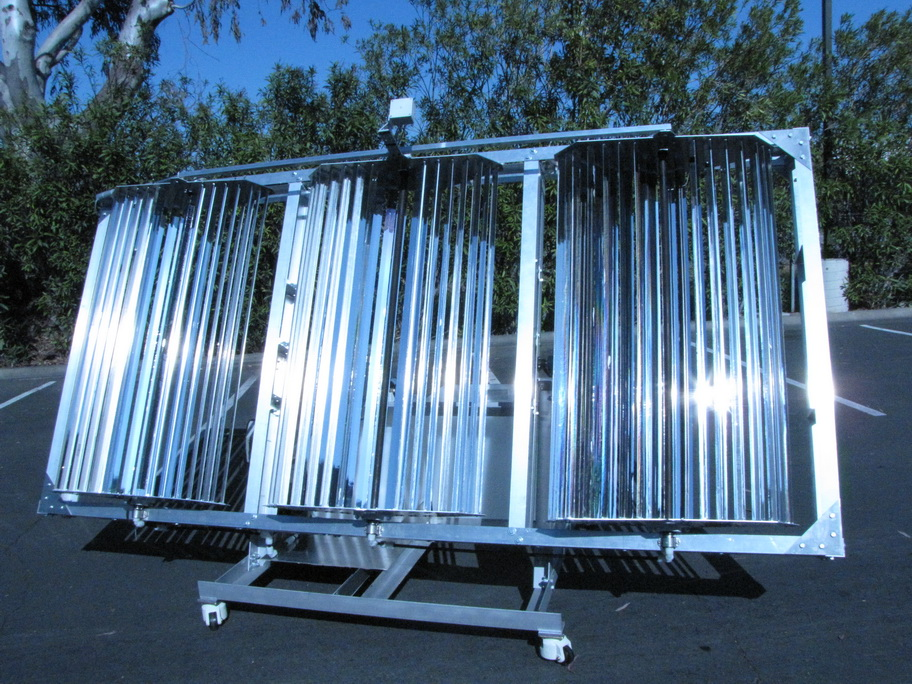